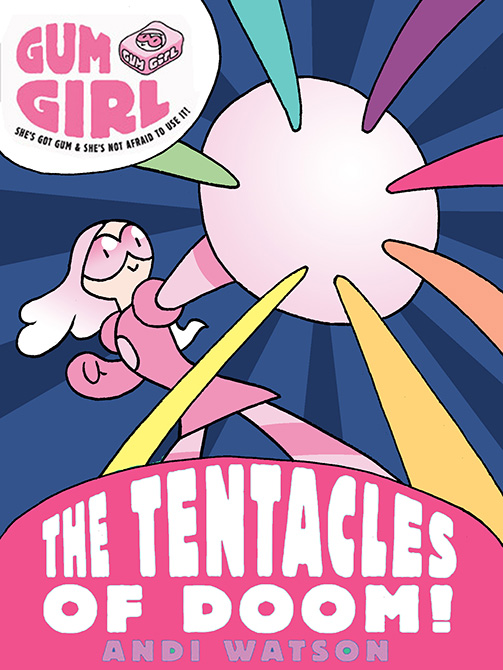 Another rough cover idea that we didn't use in the end. The idea of having a spectrum of colours did eventually make it as the background element to the final cover. Again, I used the Tentacle title as a place holder until we'd arrived at Music, Mischief and Mayhem!
The book's out August 1st, check it out.
0 comments 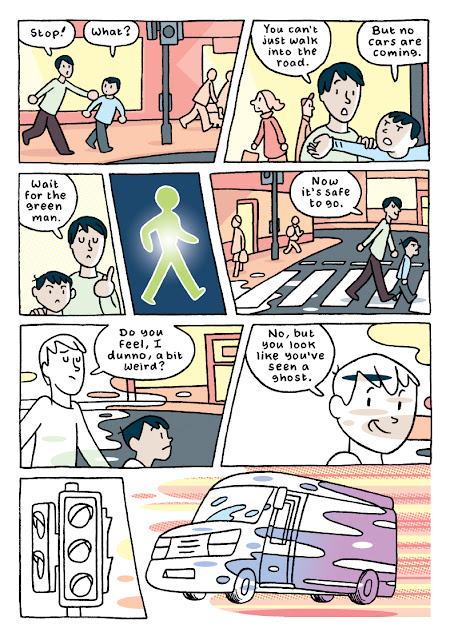 Pigment Princess has even drained the green man!
0 comments 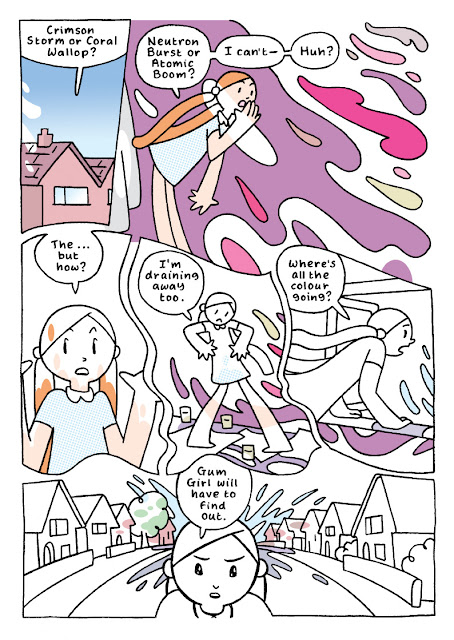 Do not adjust your screens, Pigment Princess is draining the colour from Catastrophe!
0 comments 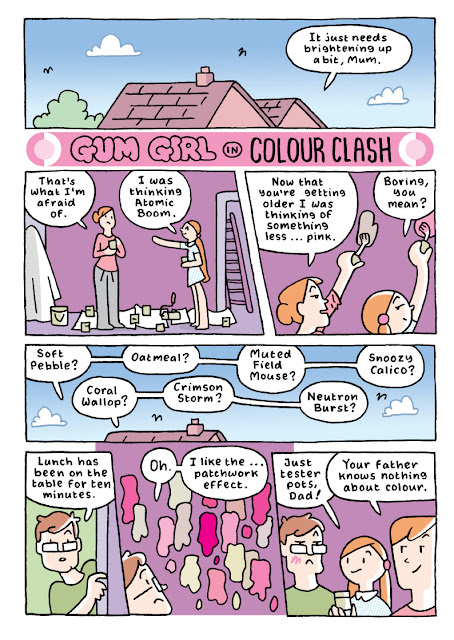 In the first story of Gum Girl: Music, Mischief and Mayhem, Grace is wanting to paint an exciting new colour on her bedroom walls while her mum has her eye on something more soothing.
0 comments 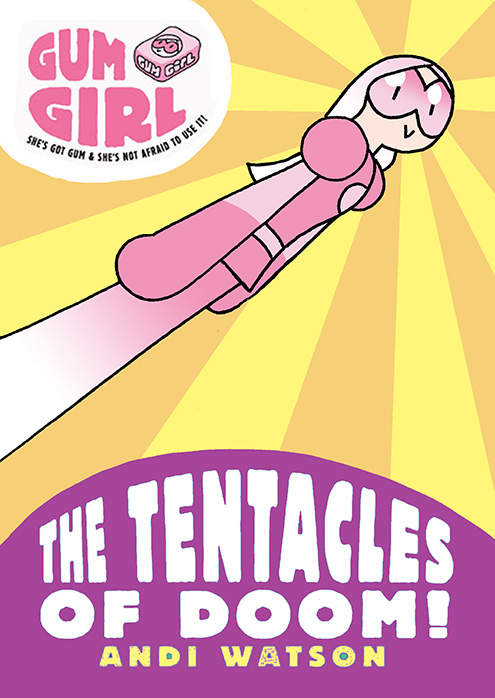 This is one of the rough ideas for the cover that wasn't used. The idea of Gum Girl flying was there but the pose and composition needed work. Also, I wasn't certain of the title at that point so used the Tentacles one as a place holder.
0 comments 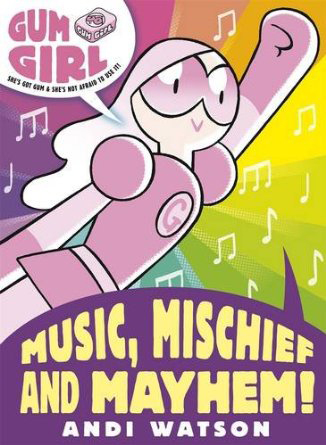 Yup, it's that time of year again. Schools are breaking up for the holidays, the sun might be shining and a new Gum Girl book is released!
Out August 1st ... let's cut to the blurb:

The town of Catstrophe has been infiltrated by three ne'er do gooders once again! In the first story a mime artist has cast a balloon of silence preventing any noise whatsoever - no music, no laughter, no bird song. Mime man has wiped out all the good noise as well as the bad. So Gum Girl retaliates in super gummy style! In a second adventure Grace notices that all the colour is draining out of objects (including herself!). Bemused and alarmed, she follows the disappearing trail of colour to none other than ... Pigment Princess! The outrageous Pigment P wants to control the colour scheme of all in Catastrophe! Someone has to stop her! And at a Fancy Dress Day at Calamity Primary, the school is sabotaged by Stick Man - an ex-counterfeiter of banknotes who accidently slipped into the photocopier during one of his scams and became who he is today. His special skill: copying himself. His mission? to erase all individuality. Gum Girl has her own ideas about everything becoming the same and sets about wiping out his crazy plans.

As usual I'll be posting behind the scenes art and other goodies in the lead up to the release. See you tomorrow! 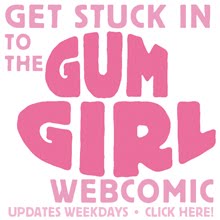